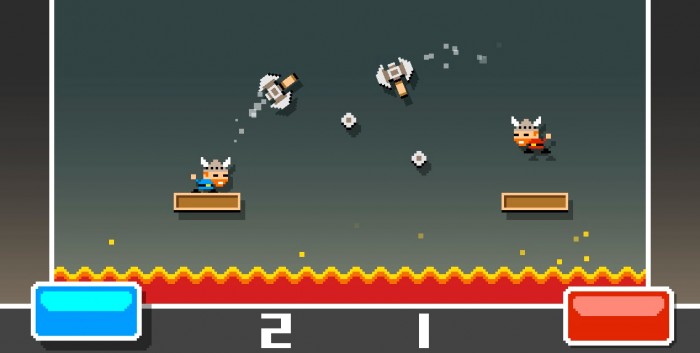 This isn’t always possible because of the few offers available on the games stores. However a new game is coming and it will deliver the quick multiplayer experience we’re looking for. Its name is Micro Battles and is being developer by Donut Games.

The name Micro Battles introduces itself, because that’s basically what’s the game all about. On Micro Battle we’ll find several mini games to play in multiplayer matches, for example soccer, cowboy duels, battle axe throwing… as we can see, it doesn’t lack variety at all.

No date was yet annouced, but both Apple and Android fans can relax because the game will be released in both platforms.